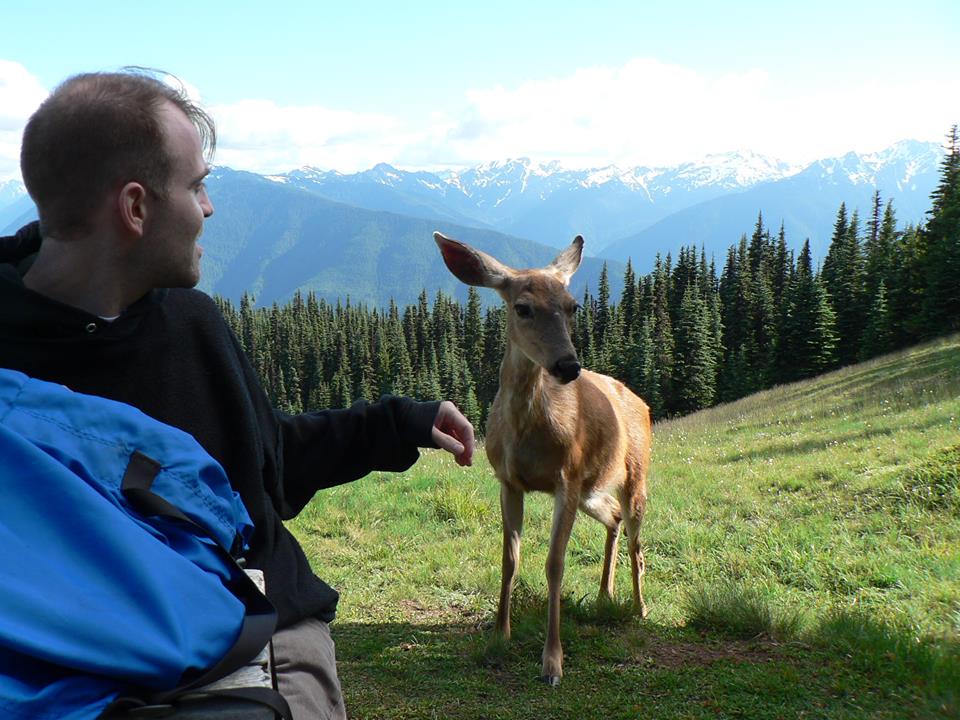 I was born in 1978 in St. Louis, Missouri, and my family had recently moved to the United States from Jamaica (after spending about three years in Canada).

The first piece of music I ever wrote, probably when I was about 7 years old, was based on the chords – that one of my brothers taught me on the piano – to OMD’s song, Enola Gay. I always imagine I was one of the only kids listening to music like The Dead Milkmen, OMD, Erasure, XTC, Robyn Hitchcock, The Smiths, Morrissey, U2, R.E.M., Pixies, Depeche Mode, The Clash, etc. Special thanks to my brother, Dave, for getting me into such interesting music from such an early age.

I learned to read music and play recorder in Montessori. (Something I realized recently is that I don’t remember a time when I didn’t read music.) I played alto saxophone in school bands from fourth through 12th grade, and I played (singer songwriter and guitarist) in a few rock bands in high school; that’s when I really got into writing music. I ended up getting an B.A. in Music Composition at Columbia College Chicago, where I studied with a number of great composers (including Ilya Levinson, Gustavo Leone, and Patricia Morehead) and pianists (including Josette Behrend and Laura Hoffman). I also got to play for a year in a jazz band conducted by jazz and classical great, William Russo. It was a wonderful experience.

While studying with Ilya Levinson the last two years I was in Chicago – I’ve since moved to Seattle – I learned a lot of atonal, experimental, even mathematical compositional techniques; and that’s when I feel I really became a knowledgeable composer (if I can say that about myself…). Ilya taught me a number of techniques within the atonal realm, and he encouraged me – and this is the best music advice I’ve ever received – to invent my own techniques (working organically with the inherent features of the material at hand). 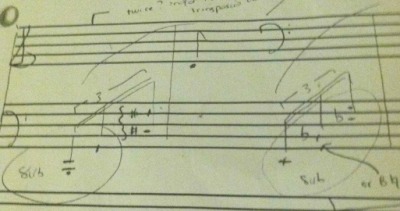 So nowadays, I write fairly mathematically-based, experimental music. I try also to infuse my work with a lot of emotion and listenability. I write initial ideas, like a chord progression or a melody, and I run the ideas through a bunch of mathematical techniques. I end up with a lot of new material that I then sort through. I keep what sounds good (thanks, Duke!) and I reorganize it, etc. I was very influenced by the book of Arnold Schoenberg’s collected essays, Style and Idea. His essay, “Heart and Brain in Music,” like many of his essays, has had a lasting impact on my writing. My goal is to create music that is very intense, both intellectually and emotionally. To me, that just seems like a worthwhile thing to do…

I moved to Seattle in 2003, where I continued my studies outside of school – studying with composer/condcutor, Gerhard Samuel, and pianist, Julie Ives.

I began teaching in 2004, and my plate is currently (mostly!) full – teaching privately, studying, and working on my own projects. I also still contemplate, at some point, grad school (it’s not difficult: hmm…).

Some more recent studies include:

In 2009, I studied choral arranging and 20th century harmony with Donald Skirvin.

In 2010 and 2011, I studied the SuperCollider programming language with Stelios Manousakis (who, at the time, was a PhD student at University of Washington’s Center for Digital Arts and Experimental Media (DXARTS) – an offshoot of the School of Music); which led me to begin some new music studies at UW – where I’ve taken just over 20 credits beginning in the 2012-13 school year.

My teachers at UW have been Josh Parmenter, Hector Bravo Benard, Huck Hodge, Juan Pampin, and Robin McCabe.  My recent research has included Spectral Music and the techniques of Tristan Murail; as well as piano pedagogy.

For further information about music lessons (piano/theory/composition) in the Seattle area (or if you have any questions or comments), please feel free to contact me here.

I send a short email every few months – mentioning the latest, giving links to any new blog posts, etc.

You’ll also get a link to a free download of the digital booklet from my release, Transcendental Object. It includes nice artwork, and a nine-page paper about how I wrote the music with computer programming.